Home » What are the origins of Yoga?

What are the origins of Yoga?

Yoga is traced back to over 5,000 years; the details are uncertain due to its oral transmission of sacred texts and the secretive nature of its teachings. For thousands of years, the teaching of Yoga was only for the select, designed by men and intended for men, who typically renounced the world and lived in seclusion. It is only recently that teachings are accessible to all, with nearly 1 billion people practicing yoga at some level worldwide. Yoga is not just rooted in a physical culture of health and wellbeing, but is an entire approach to existence including values such as non-violence.

What is Hatha Yoga, and why focus on breathing (Pranayama) & Relaxation (Savasana)?

Over the last few decades, many different forms of yoga have been developed to cater for the western mindset and lifestyle. Hatha Yoga is a slow paced meditative practice for flexibility, strength, vitality and calming the mind – it literally means “force” and alludes to the system of physical exercises (asanas) and breath control (pranayama).

Pranayama is the control of breath and lies at the heart of Yoga. It clears physical and emotional obstacles to free the breath and so the flow of prana (life energy). It is the life force that both energises and relaxes the body and mind; the literal translation is “extension of life force”.

Relaxation is the time to receive your yoga practice and absorb benefits. It is the time to integrate all that has happened physically, mentally, emotionally, energetically and spiritually and to let it all soak in and practice letting go. It brings a deep state of rest to release stress, calm the central nervous system, release muscular tension and rejuvenate.

Chakras are energy centres that regulate all body processes, from organ function to the immune system and emotions; it literally means “wheel” by association with its function as a vortex of spinning energy interacting with our physical and psychological systems. Yogis view the body in physical and energetic form; it is within the energy body we find chakras. These are meeting points of the energetic pathways of the body known as the nadiis (similar to meridians in Chinese tradition). Our life force (Prana) uses these pathways to energise the body and maintain physical and emotional health. The seven main chakras span the area from the base of the tailbone at the pelvic floor to the top of the head – each correspond to different physical and emotional states. It is essential that the main chakras stay open, balanced and energised, as if there is a blockage, energy cannot flow and disease/emotional problems manifest. Yoga poses, breathing (Pranayama) and meditation are a great way to cleanse, balance and activate the chakra system.

What is the philosophy (Vedanta)?

Yoga means “union”, it is joining together aspects of ourselves that were never divided in the first place. Vedanta is the philosophy evolved from the Vedas, which are a collection of ancient Indian scriptures. It affirms the oneness of existence, the divinity of the soul and harmony of all religions.

According to Vedanta, God is infinite existence, infinite consciousness, and infinite bliss. It is non-dualistic (unity of all) and monotheistic (one god/consciousness as the creator). It accepts all religions as true and regards the various deities of the different faiths as diverse manifestations of the one. It is believed there are as many different cosmic energies as there are human beings, as each one of us are manifestation of it, but only one supreme universal consciousness from which everything has come.

Music & Sanskrit Mantras as said by ancient Greeks, “music is an art imbued with power to penetrate into the very depths of the soul”. Great music nourishes in many ways and on many levels. It inspires, relaxes and energizes. It leads us into new emotional states instantly.

Yogis understood immense influence of sound and in particular the power of Sanskrit Mantras. Sanskrit has a documented history of 3,500 years and known as “the language of the gods”. It is said to originate from Sages who heard the sounds in deep meditation, and hence the vibrations are said to release powerful energies.

Mantras (or affirmations) are repeated to clear the mind, remove energy blockages, raise vibrations, open the heart and feel inner peace. A Sanskrit mantra is mystical energy in the form of a sound structure. Every mantra contains within its vibration a specific power; upon repetition its power and energy manifest new thought patterns.

According to Yogis, the Sanskrit mantras are energetically powerful, but you can also incorporate positive affirmations as part of your daily routines. What you consistently speak with emotional intensity, you will experience, you will create, and you will become. The words you speak with emotional conviction become the life you live… 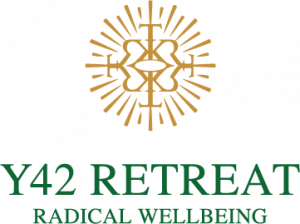